Latest from our US CAV trials

Transurban’s dynamically tolled Express Lanes in Northern Virginia are providing governments with a test bed to trial emerging CAV technology in a safe, real-world environment. The I-95 Express Lanes were featured in a series of trials in June 2018, chosen for the road’s reversible, barrier-separated configuration, which provide for several hours of uninterrupted, high-speed trials on lanes with highway attributes.  The demonstrations also allowed the government to conduct trials in both traffic-free and live traffic, controlled environments.

With the goal to increase roadway capacity and reduce traffic flow disturbances, the trials have been successful at collecting operational data to fine-tune all three applications. The government has found value in testing on Transurban Express Lanes that feature advanced traffic control and camera functions. In addition, Transurban brings its knowledge of risks and opportunities in the emerging technology space as evidenced by international trials throughout Australia as well.

See how the U.S. Department of Transportation and Transurban are working together find solutions to address congestion and support improved mobility. 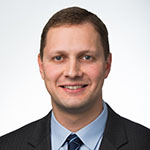 Lev is the Director of Operational Innovation at Transurban in North America.

More from our newsroom