Share
Over the coming months, Connected and Automated Vehicles (CAVs) will be driving across NSW testing how automated technology responds to urban and country roads.

Over the coming months, Connected and Automated Vehicles (CAVs) will be driving across NSW testing how automated technology responds to urban and country roads.

Announced today by NSW Roads Minister Melinda Pavey, it’s the state’s most comprehensive trial of automated vehicle technology to date and will involve Transport for NSW, Roads and Maritime Services (RMS) and Transurban.

The trials will expose CAVs to a range of driving environments from regional roads right through to Sydney’s most used motorways.

Transurban will contribute through a series of trials on the Sydney Orbital Network testing level one and two vehicles with partial automation.

As automated technology establishes we’re likely to see many more CAVs produced by affordable manufacturers on the roads. To reflect this change and ensure we’re capturing useful data we’ll be using up to 8 vehicles from a range of price points.

Transport for NSW will be leading trials on regional roads, driving across the state over a period of three years.

As vehicles drive along the road, observers will record how they perform – noting details such as the type of automation feature, road infrastructure, time, and location into a purpose-built app.

With thousands of observations expected, the app has been designed to allow trial observers to quickly record vehicle/infrastructure interactions.

The app also allows trial data from Transurban and Transport for NSW to be recorded consistently for easy consolidation, comparison, analysis and reporting.

Outputs from the trial will help policy makers, manufacturers and road authorities understand what needs to be done to prepare the NSW’s road network for automated driving.

We look forward to getting out on the road and seeing what we discover. 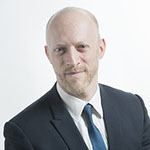 Jeremy is a Senior Manager of Strategic Initiatives at Transurban.