We operate CityLink in Melbourne and we have one major project on the go: the West Gate Tunnel. 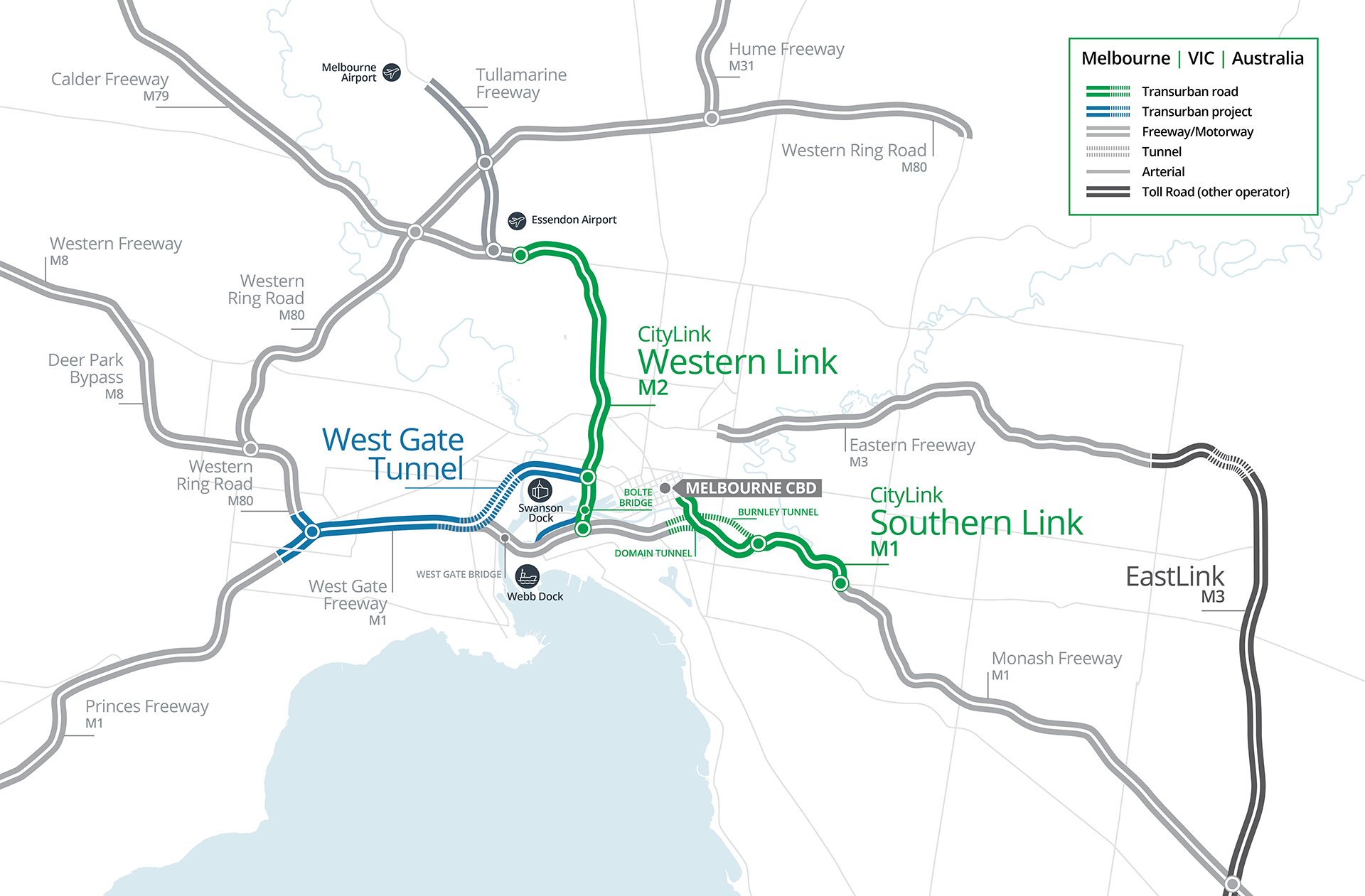 CityLink is a 22 kilometre road. Most of the road is eight lanes wide, with four inbound and four outbound lanes.

The Bolte Bridge and the Burnley and Domain tunnels are all part of CityLink.

We completed an upgrade of Southern Link in 2010 and Western Link in October 2017.

CityLink was Transurban’s first toll road and is 100 per cent owned by Transurban. It is under concession until 2045.

In June 2022, works to revitalise one of Melbourne’s busiest transport links, the 3.4km Burnley Tunnel, commenced.

In an Australian-first, the Burnley Tunnel Upgrade Project will see state-of-the-art pacemaker lighting installed to act as visual cues to help drivers maintain a consistent speed, as well as transforming the lighting with brighter, more energy efficient LEDs.

Learn more about the project

The West Gate Tunnel will be a 17 kilometre road connecting Melbourne’s west with the central city. The tunnel will serve as a vital alternative to the city’s heavily congested West Gate Bridge.

Once completed, this new road, including 6.8 kilometres of tunnel, will improve connections between Melbourne’s west, the city centre, and Melbourne’s major ports.

We are delivering this project in partnership with the Victorian Government and the CPB Contractors John Holland Joint Venture.

We are working with our contractors to achieve sustainability ratings on the project from the Infrastructure Sustainability Council of Australia.

Once completed the West Gate Tunnel will:

This $6.7 billion project will be funded through tolls on the West Gate Tunnel, changes to the CityLink concession, and a Victorian Government contribution.

Planning approvals were granted in December 2017 and construction started in January 2018.

Transurban owns 100 per cent of this road.